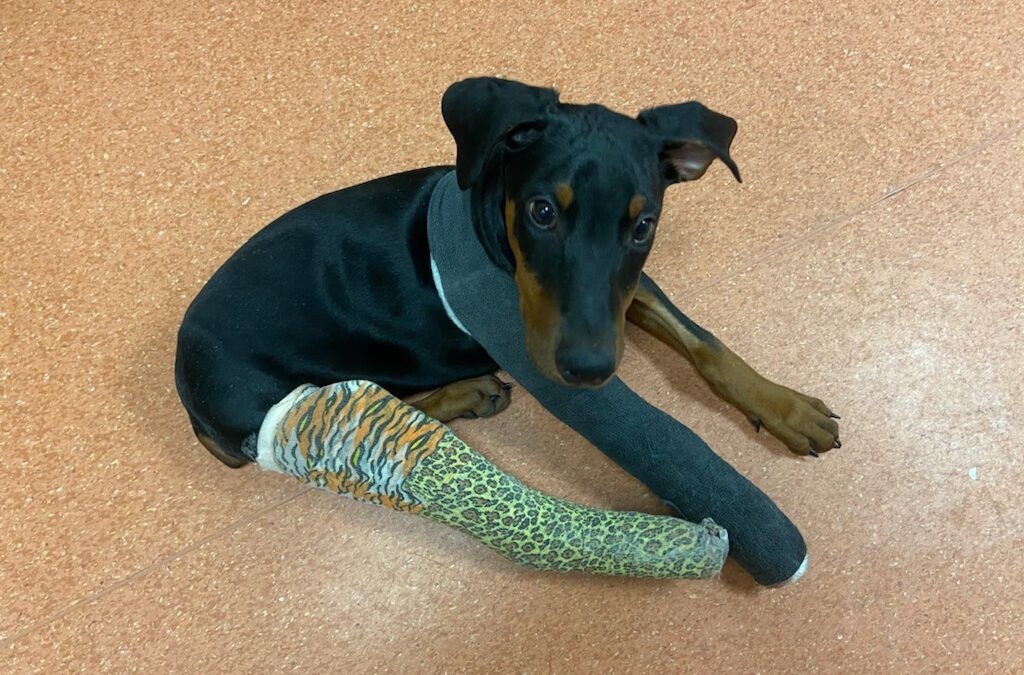 In the fall of 2020, Sacramento County Animal Control received a call regarding a dog that was hit by a car. After searching for over an hour, they finally found a 4-month-old male Dobermann Pinscher puppy clinging to life in a ditch. Upon arriving at the shelter, it was determined that he had sustained life-threatening injuries, including lung contusions, substantial lacerations, and fractures to his right tibia and humerus. The shelter veterinary team worked tirelessly to stabilize him, but his substantial injuries gave little hope that he would pull through. For 3 days, it was touch-and-go, and even though his pain medications were at the maximum his little body could handle, he was still in so much pain that he would scream for hours. It was heartbreaking for the veterinary team and shelter staff, but they weren’t going to give up on him. It seemed the only thing that would give him comfort was to be held by shelter staff – so that’s what they did.

Slowly, he began to stabilize. At first, the shelter staff, who affectionately nicknamed this little Doberman puppy Giraffe, had to help him walk. However, thanks to their love and snuggles, he gradually gained enough strength to go into a fabulous foster home facilitated by our friends at Sacramento Shelter Pets Alive (SSPA), where he was named Finn. Unfortunately, despite the shelter medical team’s best efforts, Finn’s right rear leg did not heal correctly, and it was determined he needed to undergo corrective surgery. Thankfully, because of our amazing community, TEAM was able to fully fund Finn’s surgery.

After 6 months of recovery, Finn was adopted by his foster mom, Board Secretary Brooke, and now is paying it forward by helping to socialize the many foster puppies his mom brings home! 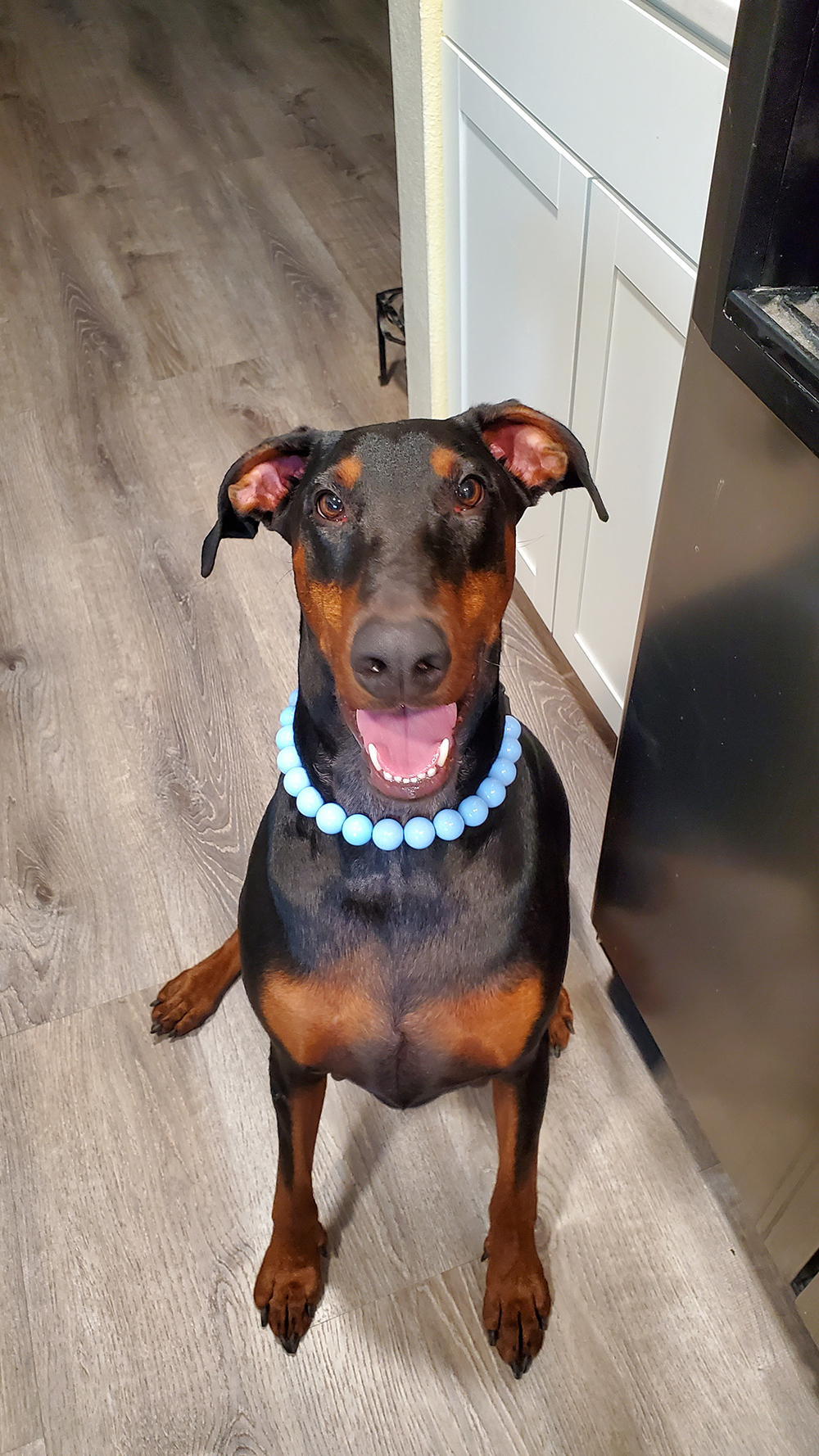 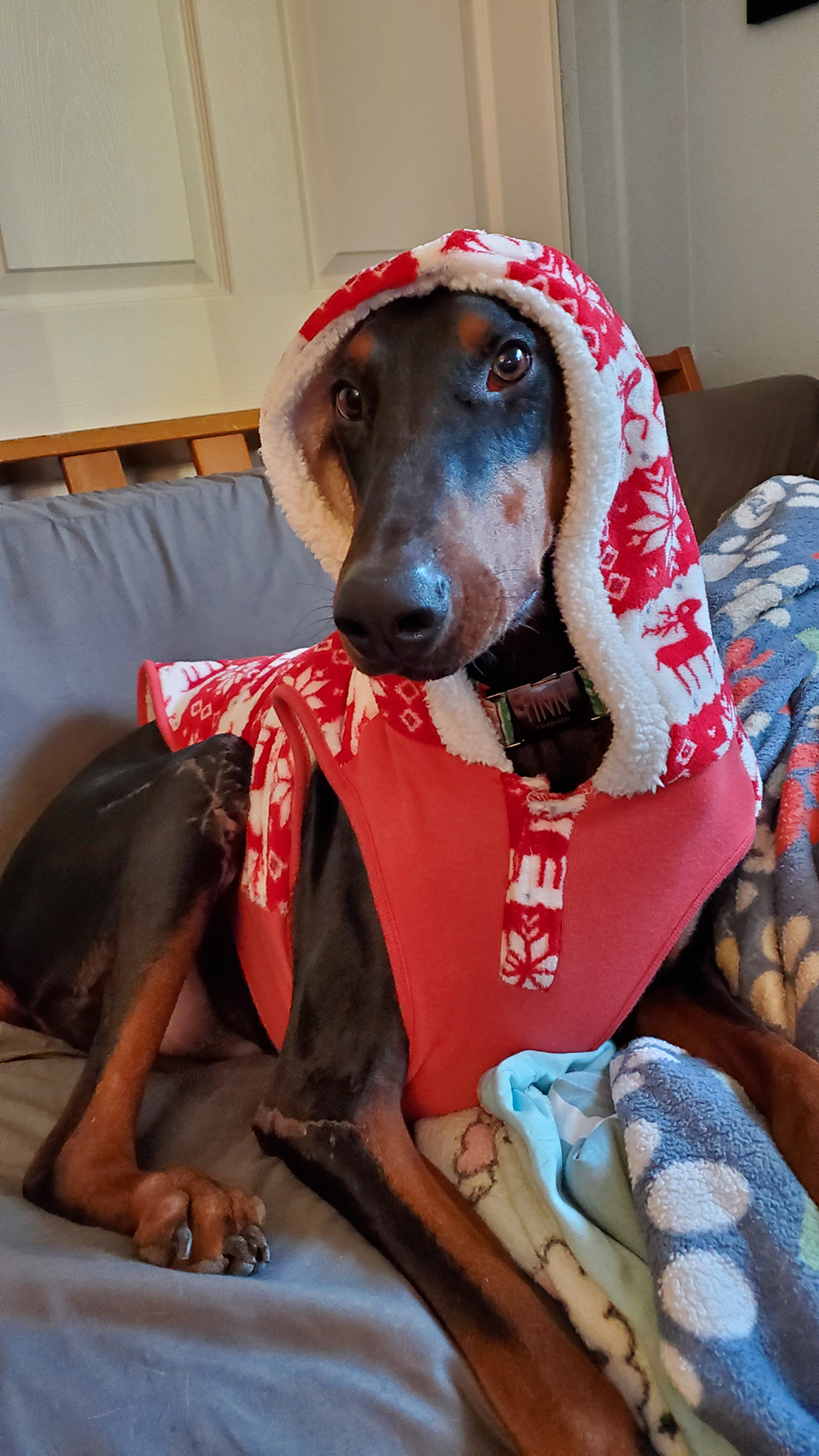 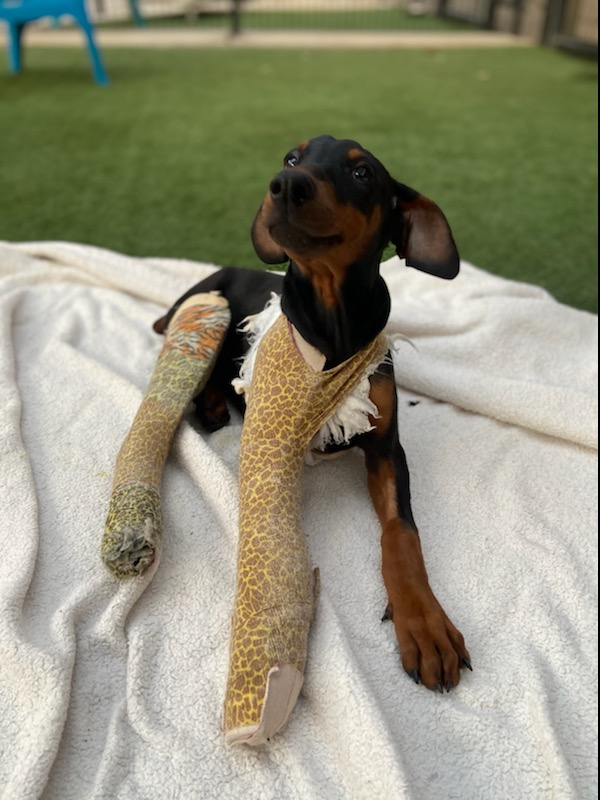 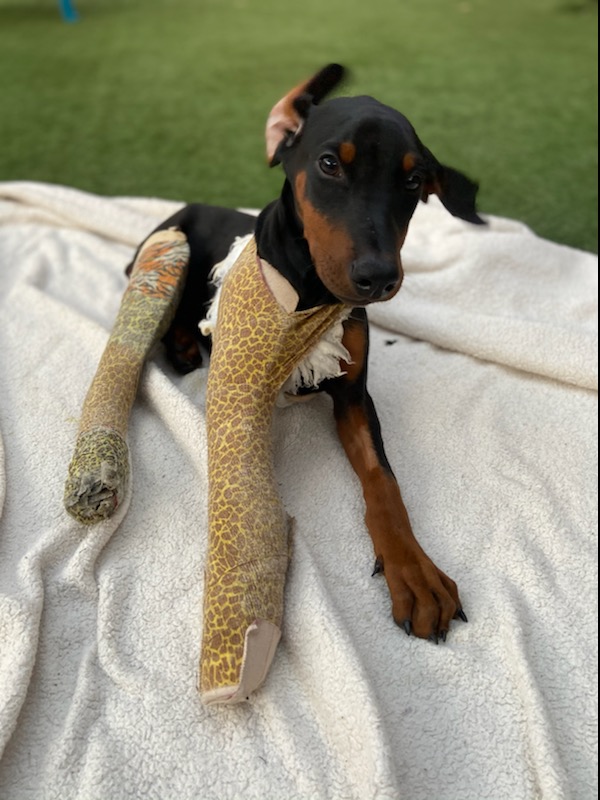 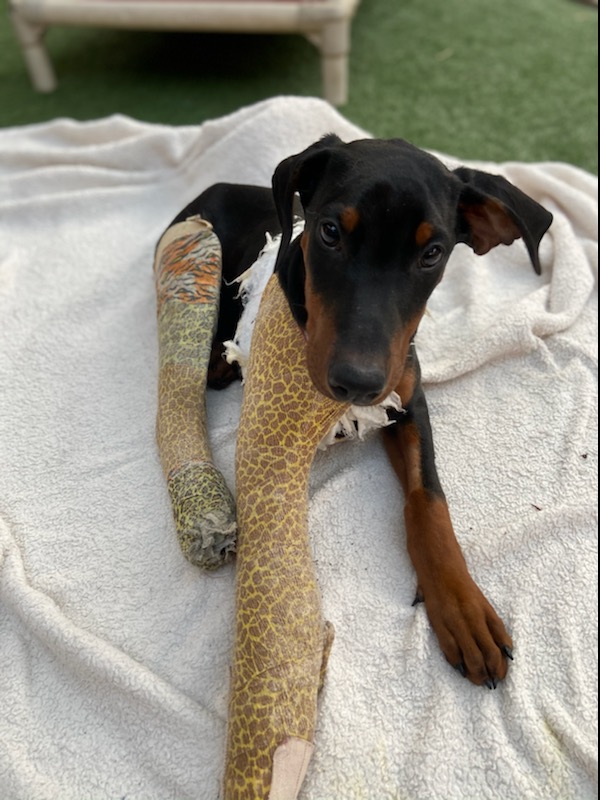 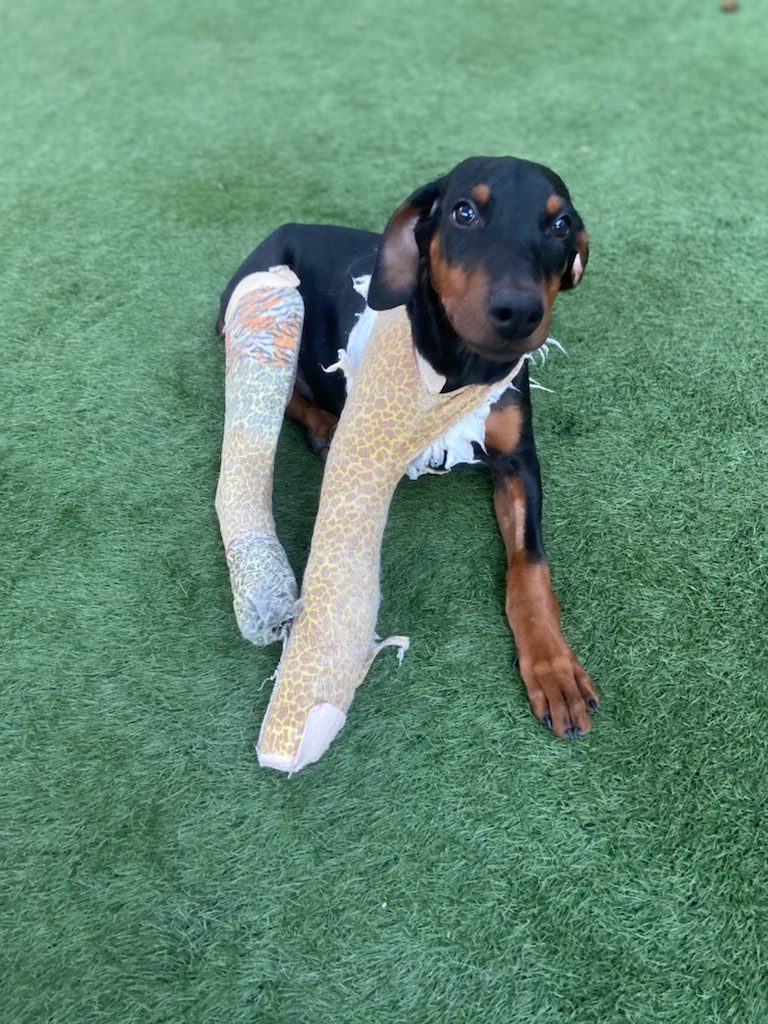 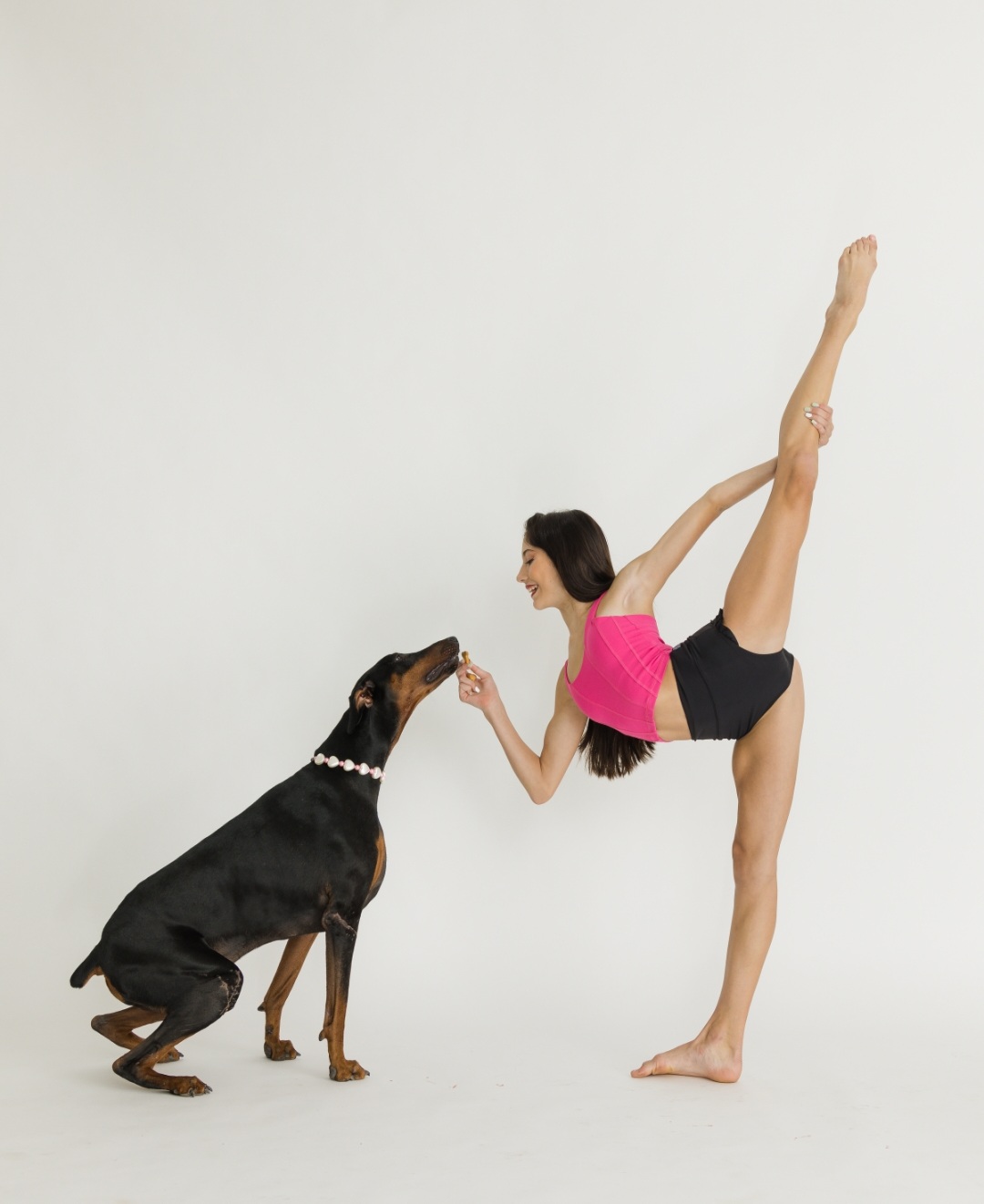 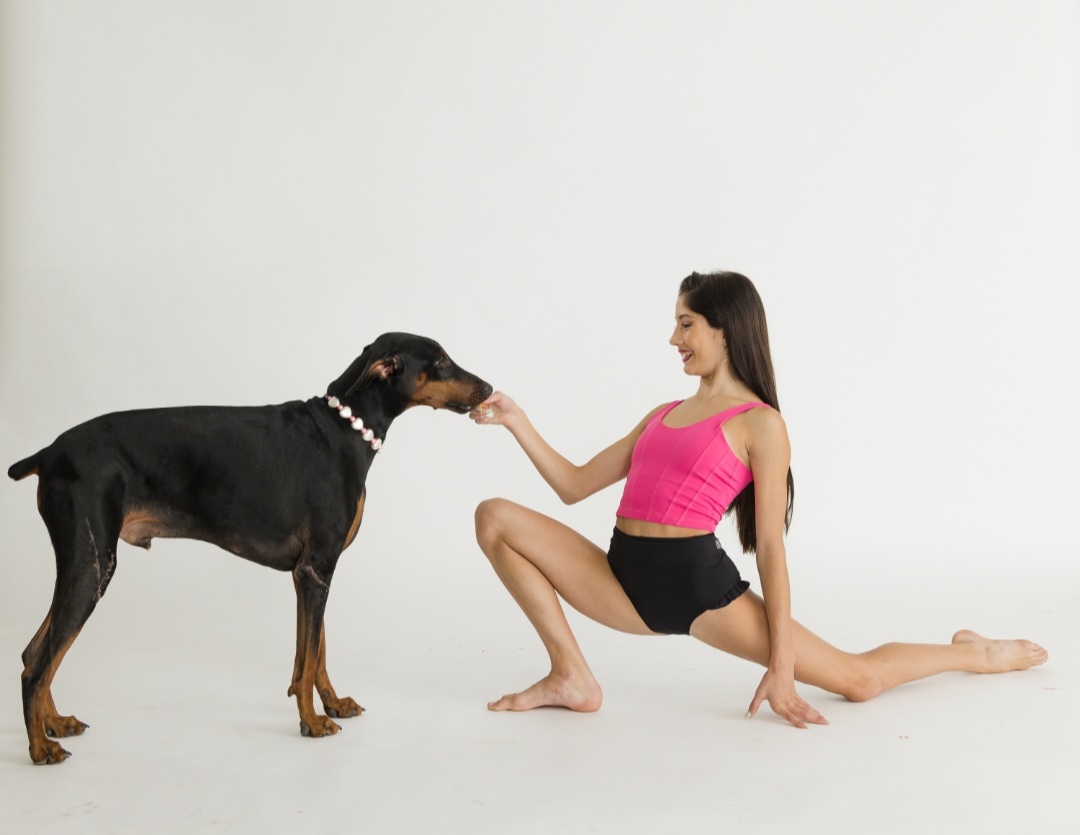 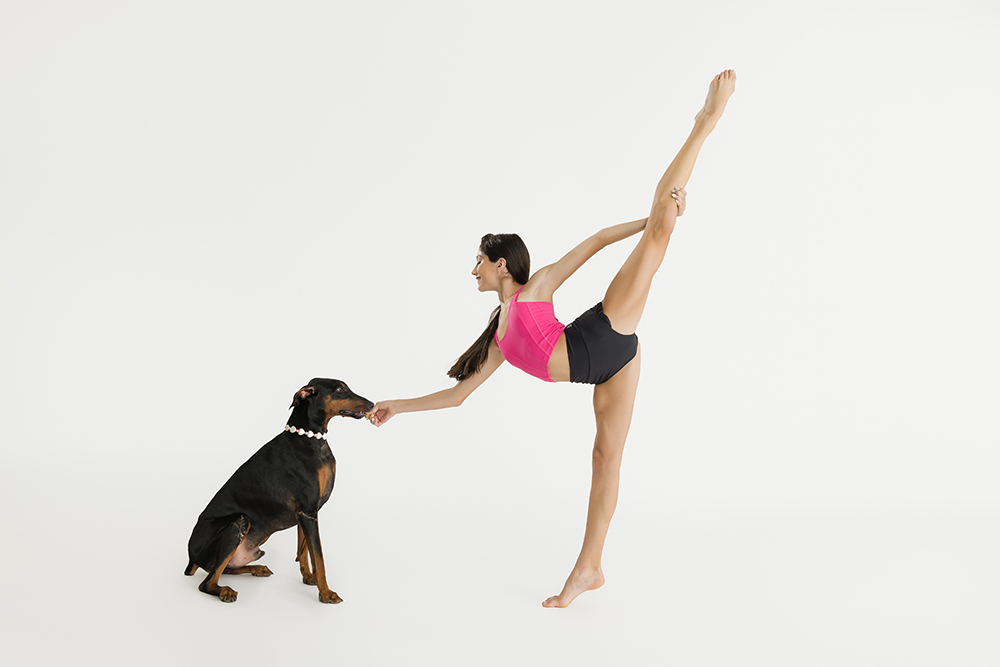